Why would you eat wasabi?

The following is a layman’s summary of some of the research done by Lincoln University (New Zealand). It focuses on the health benefits from eating wasabi. The full research papers can be viewed here. 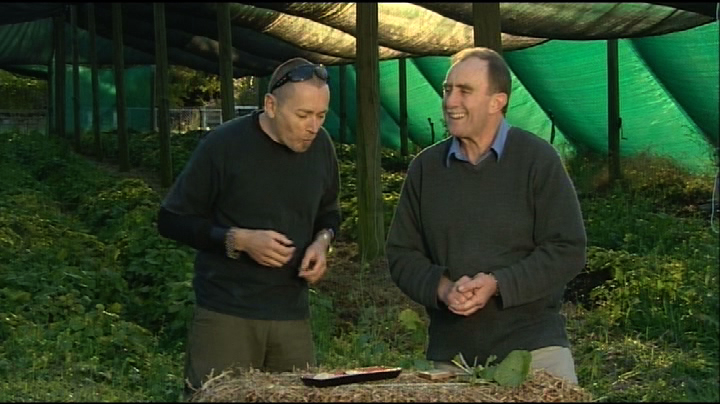 Trying purewasabi in one of our New Zealand shadehouses, scene from the Australian TV series, ‘The Cook and the Chef’.

The Medicinal Importance of Isothiocyanates

Isothiocyanates are found in cruciferous vegetables such as watercress, broccoli, radish and cabbage, horseradish, mustard, sprouts and especially in wasabi.

Medicinally, the most important benefit of isothiocyanates (ITCs), when consumed, is that they prevent cancer at a wide variety of organ sites. These include:

the lungs, mammary glands, liver, oesophagus, bladder, pancreas, colon and prostate. The American Cancer Society recommends that cruciferous vegetables should be part of every person’s daily diet in order to reduce the risk of cancers. Fuller details of research done in this regard is on our web site, page 6 of Wasabi Review Paper

The Effects of Isothiocyanates on the blood

The isothiocyanates in wasabi have been found to dramatically inhibit platelet aggregation, known as clotting, this can be a problem while on long flights, for the elderly and even during surgery. It was found that the isothiocyanates in wasabi showed a response ten times higher than that reported for Aspirin and a far faster action than the thirty minutes of Aspirin. Consuming wasabi on long flights can reduce the risk of thrombosis. Regularly eating wasabi is probably more beneficial than taking Aspirin on a daily basis.

Isothiocycantes can prevent bronchial obstruction but they do it in a different way to the usual anti-histamine treatment. Researchers suspect that isothiocyanates do better by inhibiting the inflammatory process at an earlier stage. Thus isothiocyanates could potentially counter not only inflammatory conditions such as asthma but also anaphylaxis. Traditionally isothiocyanates have been used to provide relief for clogged sinuses, congestion, muscular pain and inflamed joints.

Wasabi is strongly anti bacterial. If bacteria was present in your jar of pure wasabi paste, there would be none left 24 hours later, so strong are its anti bacterial properties. This is great news for your teeth and gums. It is also believed that one of the ancient reasons for using wasabi was that it killed food bacteria. Very useful in days when refrigerators had not been invented and raw chicken and fish were eaten.

Many people on restricted diets enjoy purewasabi is simply because it adds a tasty zing to your food. Wasabi has a way of cleansing your palate and highlighting the flavour of other foods. It goes well with meat and fish. It’s great in a sandwich, makes an awesome butter and very versatile!
Ginger is often suggested to aid digestion. Experience has shown that wasabi can combat harmful bacteria in the stomach. Eaten something dodgy? A spoonful of purewasabi could well fix it.

We are beginning to add recipes and ideas to our web site. If you have a favourite recipe or meal that involves wasabi and which you think would be of interest to others, we’d like to add it to our web site. Our contact details: