Also known as a toastie and probably many other names, this has traditionally been made in New Zealand using a spread of Marmite (a yeast extract similar to vegemite) on the toast before adding just cheese or pineapple, ham and cheese. Now, forget the Marmite, instead use a spread of purewasabi paste, on the toast, then ham pineapple and your favourite cheese. Under the griller until the cheese melts and begins to brown. Serve straight from the oven.

This is simply mouth watering, delicious. This is one where I like to lavish on the wasabi, so as I nibble the hot ‘mousetrap, trying not to burn my lips on the melting cheese,’ I get the full burst of a wasabi hit. Amazing if it’s winter and you have a slight cold. Totally clears the sinuses.

purewasabi is a one-off hit. It is very polite and doesn’t burn your gullet nor does it repeat on you all night. Using purewasabi by Coppersfolly you are in control of the ‘hit’.

purewasabi on a Bread Stick 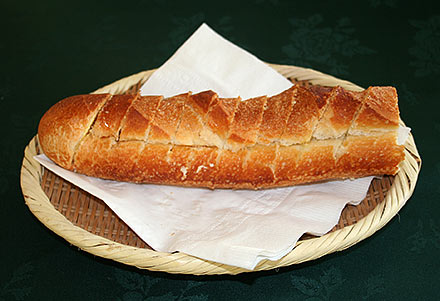 purewasabi on a Bread Stick

Personally we would never go back to using garlic butter now that we’ve used wasabi butter in a bread stick. We use about one third purewasabi paste to two thirds butter. You can vary this according to your taste. Warm the butter so it mixes easily with the wasabi. Half cut the bread stick and jam plenty of wasabi butter into each cut. Heat in the oven or microwave and serve as the melted wasabi butter is dribbling off your fingers and down your chin. It is heavenly! Forget a main course, just fill up on wasabi bread. Great with soup.

Again remember that the pungency of the wasabi will be dampened by the butter so don’t be afraid to use plenty.

This exciting recipe was supplied by Christie Connelly of Fig & Cherry who first tried purewasabi at the Taste of Sydney Festival held in March 2009 in Sydney.

To find out more about Christie’s fabulous food tastes follow her on her website and blog at www.figandcherry.com

Her blog has comments about the recipe

One of the nice things about wasabi is it accentuates the flavour of food. None more so than wasabi in a ham sandwich. For this very reason some chefs use wasabi and ice cream as a sorbet in order that it cleanses the palate for the next course. 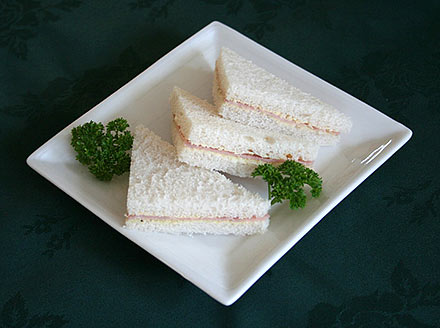 Undoubtedly one of our favourite uses of wasabi is to spread some purewasabi inside the ham sandwich. It creates a sharper, fuller flavour. Again how much you use is over to you. A little will give a delightful, mild tingle in your mouth, while a lot will give every wasabi lover the full, nasal clearing ‘hit’. Even better, no nasty chemical, metallic aftermath that comes with the artificial pastes.

But don’t stop there, purewasabi can make a treat out of any club sandwich, bread roll, Dagwood sandwich, and croissant. The presence of butter or cheese tends to dampen the pungency of wasabi.